We are getting a TON of feedback from the 600 site creators now active on SocialEngine Cloud. One common issue we’ve seen is that newly created and small communities often have a hard time getting enough engagement – especially commenting and discussions – to get off the ground. We found that the two default SE Cloud themes, Board and Stream, emphasize post titles and thumbnails while visually burying comments. While that’s OK for certain types of communities, it’s not ideal if you’re just getting started and really want to encourage conversations between members.
We built a new “Clean” theme to solve this problem. It features an activity feed (more reminiscent of SE PHP) as the main focus on the What’s New page, while other pages have Board-style post feeds. This activity feed has more noticeable commenting call-to-actions that we think will encourage your members to engage more fluidly. If you’re already building your community on SE Cloud or thinking about trying it out, we definitely encourage you to take a look. It’s also possible to take some styles from the Clean theme and merge them into another theme to create a combined layout.
We’ve also rolled out some other improvements including:

Let us know what you think about the new theme. We know it’s pretty basic at this point and there’s plenty of room for improvement – so that’s what we are doing! First we’ll focus on building a more robust post composer (the “Share something…” box at the top of the activity feed) that includes better support for attaching photos and other media. 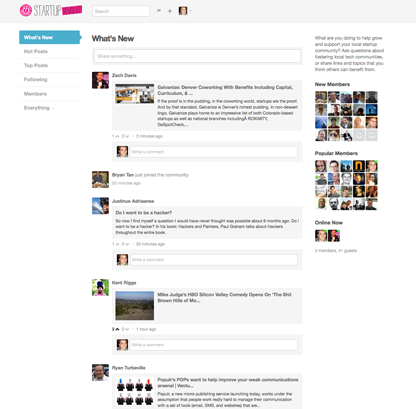 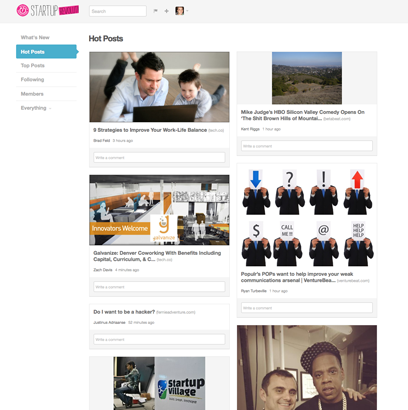