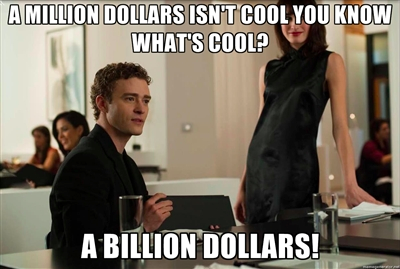 Congratulations to the community builders at Tumblr who announced on Monday that they’ll be selling their company to Yahoo! for $1.1 billion.  For those of you who don’t know, Tumblr is a site that makes it easy for users to host multimedia and other content in short-form blogs.

Why is Yahoo! giving the Tumblr founders so much money? Because Yahoo! rightly realizes that communities of like-minded individuals (like the ones that Tumblr powers) are very valuable to advertisers. Imagine you own a dog food company. As the CEO of DogFoodCo you could spend millions of dollars on a television ad that is totally irrelevant to many of its viewers (not everyone who watches tv owns a dog), or you could selectively target specific online communities of dog owners where the likelihood of relevance is much higher. For example, you might want to promote an ad on a dog-focused SocialEngine site such as PitFriendzy. If you chose the latter option, you’re a smart CEO!

That’s cool, but how is this relevant to the SocialEngine community? Well, Tumblr and SocialEngine aren’t so different. Both companies enable entrepreneurial individuals to easily create an engaging web experience for like-minded individuals. However, unlike a Tumblr site, which typically depends on just one administrator to create all of the content, a SocialEngine site can more easily crowdsource this process amongst users (known in the biz as UGC, or user generated content).

Also, unlike Tumblr, SocialEngine allows you, the site creator, to benefit from the fruits of your labor. We’ll never sell advertising on your site (the way that Tumblr and Yahoo! will) … we leave that decision up to you.

At SocialEngine, we’re passionate about giving you the tools you need to build a wonderful and successful community. Many users aren’t focused on monetization and simply want a better way to communicate within a small group (we’ll be writing about MuckerLab soon as an example), while other site owners are more focused on monetizing their traffic (one of our site owners sold her site, KidSpot, for about $45M). However you define success, we’re here to help, and we’re rooting for you.

That said, if you sell your SocialEngine site for $1.1B, we could use a new ping pong table 🙂

SocialEngine PHP will get you up and running in no time. Get started now!